Yikes – not often does it take longer to clean the bike than it does to race ! That was definitely an Xterra Worlds for the history books. As the rain continued to fall in the days leading up to the race, everyone knew it was going to be a slippery one, but I don’t think anyone realised how much tougher the course would become. Maui is always an amazing event, the best of the best turn up and push themselves to the limit, against each other and the elements. I found all three disciplines had their own challenges this year.

D.T Fleming Beach turned out the big swell, chop, and shore break for a rock’n’roll swim leg, exiting the water with 2x World Champion Lesley Paterson I had a pretty fair start. The elite women had a 3min jump on the younger age group men, but were 1min behind the elite me – catching some blue caps up and being quickly passed by some white I was lucky to be hitting the trails early in the 800+ strong field.

The mud at Kapalua is so incredibly slippery it meant progressively more of the athletes were having to walk/skid both up and downhill, everyone was stopping to clear out wheels and derailleurs in an attempt to try and keep peddling when they could. I didn’t find the weather characteristically hot which was probably a blessing in disguise with all that extra time under the sun. I felt stronger in the second half of the bike, and was making good progress up into 9th place by T2.

The run followed part of the bike route like last year and weaved amongst those delicious smelling guava trees, no time to stop for a snack though ! I was honoured this year to be asked to co-host the Xterra University Run Clinic before the race, it was something different – along with the elite press conference that I was a little nervous for but actually really enjoyed. I hope to do more in the future. My co-host Mauricio Mendez ended up winning the elite men’s so that was awesome too. Keeping our own advice in mind I was able to pull back one more place and nearly catch Jacqui for 8th place on the day.

Although it’s not quite the 5th of 2015, I’m really happy with top 10 elite in the World for the second year in a row, and feel extra motivated now for the big gains to made 2017. It was also so great to meet and hang out with Ina, Aloha Racing has had a relationship with BoobieShack for a number of years, long may it continue 🙂 I was also super excited that we visited Kona before the race this year, catching up with Jim and seeing the amazing lava closer to Hilo – totally recommend going if you can.

Last race of 2016 will be the ITU World Champs in Thredbo 19th November, we’re looking at a strong NZ relay team too which is the following day – excite ! 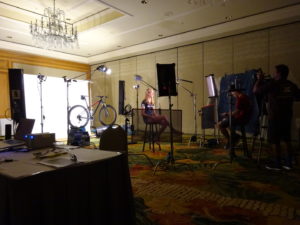 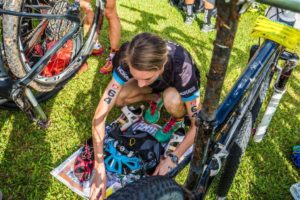 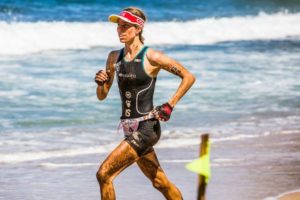 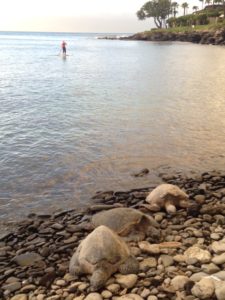