Having not raced a Triathlon in 5 months during NZ winter, I was keen to get some ‘race fitness’ before World Champs which are in 4-5 weeks time. Xterra Pan Am Champs in Utah were perfect timing for this and a great excuse to go see that part of the world ! Many firsts on the trip – first visit to the Bonneville Salt Flats for the World of Speed, first visit to a State Fair, first ride on a Ferris wheel, first visit to a Mormon Temple, first ride down a Bobsled Track !!! (2002 Winter Olympic Venue), first race as a Pro on Mainland U.S, and first race at Altitude.

We arrived a week before the race to try and acclimatise to the altitude, living and training at sea level meant even the lowest point of the course was already VERY high for me ! The cool morning started pretty early to set up both transitions – T1 down by the reservoir and T2 much further up the mountains at Snowbasin resort. I was quite lonely during the swim as there were a few Ladies faster than me and a big group further behind, but as the water was calm I settled into my rhythm and quite enjoyed sighting and taking it at my own pace. I knew it was important not to red line tooo early in the race. The ride had 2 very long steady hills totalling 3400ft climbing, with some fun single track rocky downs in between and into T2. Exiting the water in 4th I quickly moved into 3rd and had caught 2nd at the top of the second bike climb – topping out at 7372 ft. The trail was pretty dry and dusty, your amongst brilliant yellow and orange red trees preparing for the imminent snow. I heard at T2 that Suzie had a 5min lead on me, as that meant she had done a very quick bike, I was motivated to see if I could catch her on tired running legs. The run was also laden with climbing and I was able to pull back 2mins finishing with a solid 2nd place Elite.

Although winning would have been amazing, I do pinch myself and feel great to be even considering that idea. It means winter training has gone really well, I can race competitively at altitude coming from sea level, and the cobwebs have been blown out – ready for World Champs now 🙂 See you in Mauiiiiiiiiii 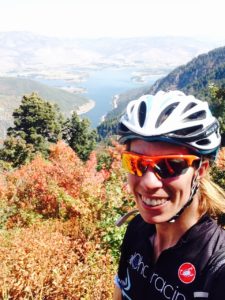 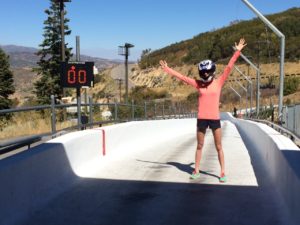 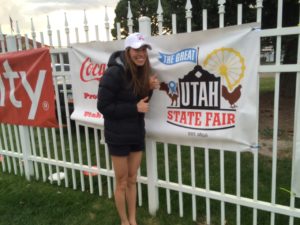 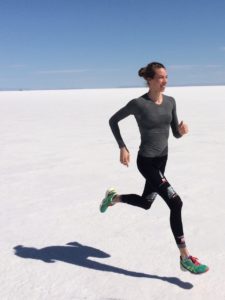 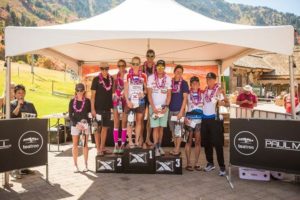 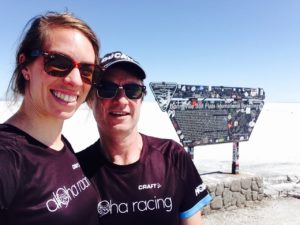