The A Team arrived a few days before the race so we could check out the new bike and run courses. Beautiful weather made for some great recon days – although we did need to clean our bikes a lot after ‘testing’ the clay-mud-‘puddle looking’ trenches. Plenty of wildlife to encounter too including Kangaroos, Spiders, Cockatoos, Kookaburras, Geekos, and Snakes !

Race day was a bit cooler as the clouds had rolled in and a stiff wind chopped up the sea. This made for a rough challenging swim but I managed not to drink too much on the way. I really enjoyed the bike this year. The trail is a mixture of fire roads and single track with tree branches and trunks to negotiate (as well as the trenches). Not a heap of elevation gain but the constant peddling required certainly works the legs. Jacqui was leading from the gun and by the end of the bike there was a chase group of Renata, Carina, and Myself. Renata and Carina had both caught me during the ride and I was able to hang on which I’m really proud of. These ladies are forces to be reckoned with ! The Run was 1 lap, starting as last year did with a long beach section, I passed fellow Aloha Renata at the start of the beach and could see Jacqui in the distance about 2mins ahead. Carina was on my tail and we slowly reeled Jacqui in, it was both a physical and mental game. With approx. 3kms to go we passed and I was able to then extend my lead to the finish line. It was such an exciting race (not bias honest), as we were all so close and everyone races with passion. It was fun to have the Xterra TV guys chasing us around on Motorbikes too ! It was really nice to catch up with Kahuna Dave and Rosie and all the Xterra Tribe gang.

The A team may have stuffed their faces at the Famous Berry Donut Van the next day but I’m not at liberty to share that kind of information. Next stop Xterra Malaysia…

Highlights Video can be seen here: 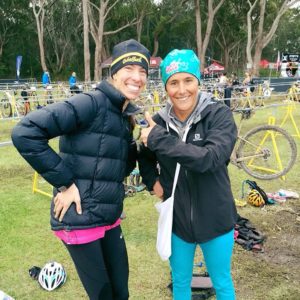 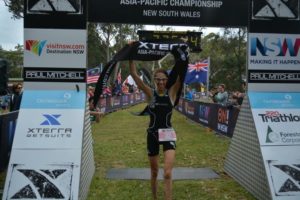 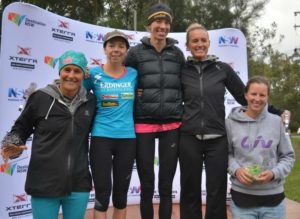 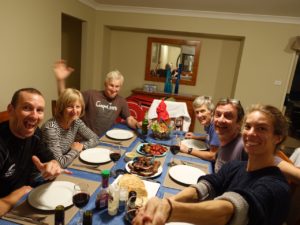