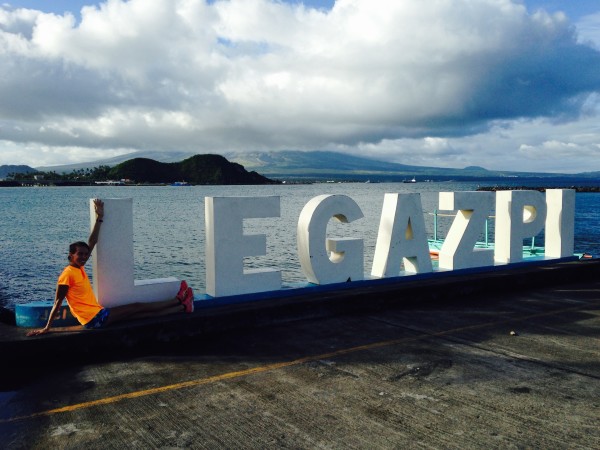 We really enjoyed visiting the Philippines, spending 3 days in Manila before flying to Albay on the Tuesday before the race so we could explore the Region a bit. We were met with such a welcome at the airport, were driven to see our personalised massive banners and meet the Governor ! I’ve never felt so Welcome and treated as such an honoured guest before, Sunrise Events sure know how to put on a show. It was new to me to do TV interviews and speak publicly but the people are so nice that I was nervous for no reason. The pros were really taken care of also which made travelling and competing overseas less stressful than usual – Thanks Princess and Emma !

The race course itself was a lot of fun. The 1 lap swim was really calm and I thought I was by myself in no mans land but was later to find I was only 10sec behind Mieko most of the way ! Jacqui had a great swim and had put about a minute and a half on us. We had done a practice ride a couple of days before so I knew there were a few very long hills to negotiate in the 1st half of the bike. After these, the course was undulating with some great trails through forest and past fresh (2006) lava !  There were crowds of locals cheering in the villages which I enjoyed a lot. The run was an adventure up the mountain and through a lot of small streams and rice paddys, I caught Jacqui about half way and was able to pull away towards the finish. Being my 1st ever Pro win this race is bound to stay high on my favourite race results, especially as it was amongst such a great bunch and my 1st race representing the Aloha Racing Team too. A lot of people have said the hard work has paid off, but it is all for enjoyment and the races before were just as happy for accomplishing the small goals along the way.

The journey home ended up being a lot longer than planned as our Domestic flight was cancelled, meaning a 10hour van drive up to Manila to catch an international flight. We ended up having a nice afternoon to spend in downtown Singapore which was a surprising bonus to the trip.

Next will be Xterra Rotorua in a few months time, so I hope to get some more good training in before then. 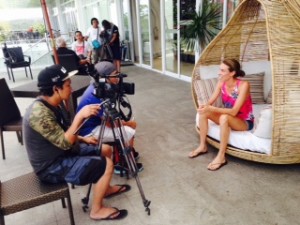 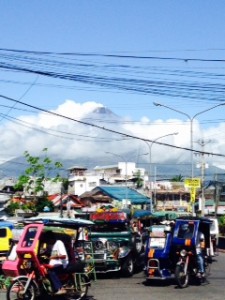 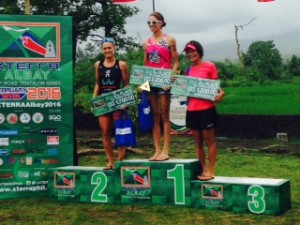 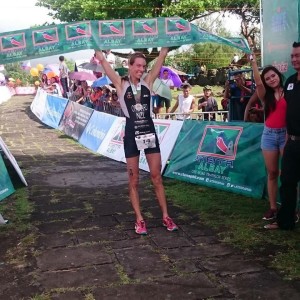